Achieve a transparent, democratic, corruption-free and environmentally sustainable town and urban planning system that will stop overdevelopment of both high-rise density and sprawl, while properly protecting our built heritage, backyards and urban amenity.(1)

"That lemon-scented gum is expected to be cut down to make way for townhouses..."

"Up to 60 per cent of farmland in western Sydney has been lost in the past decade, largely swallowed by development." 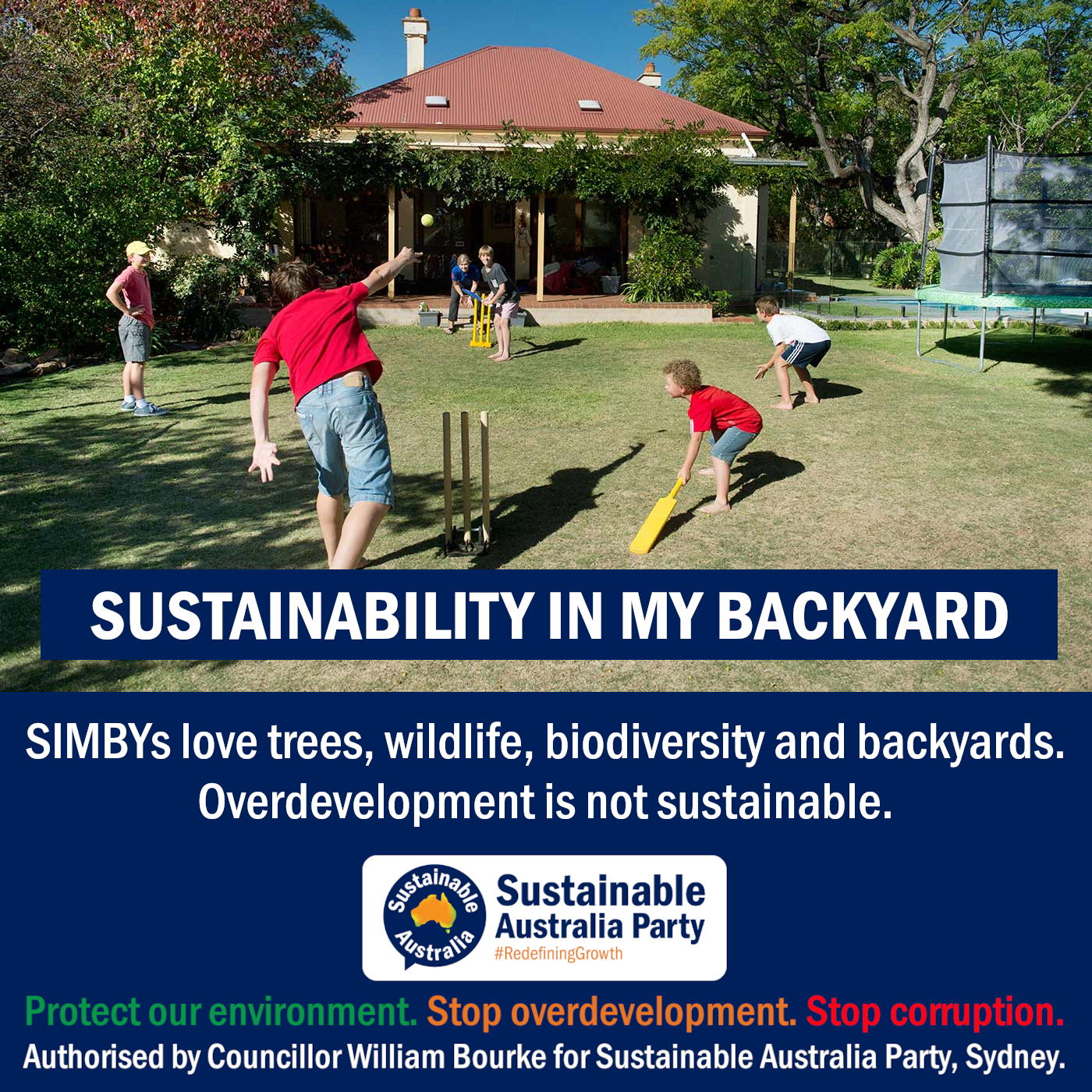