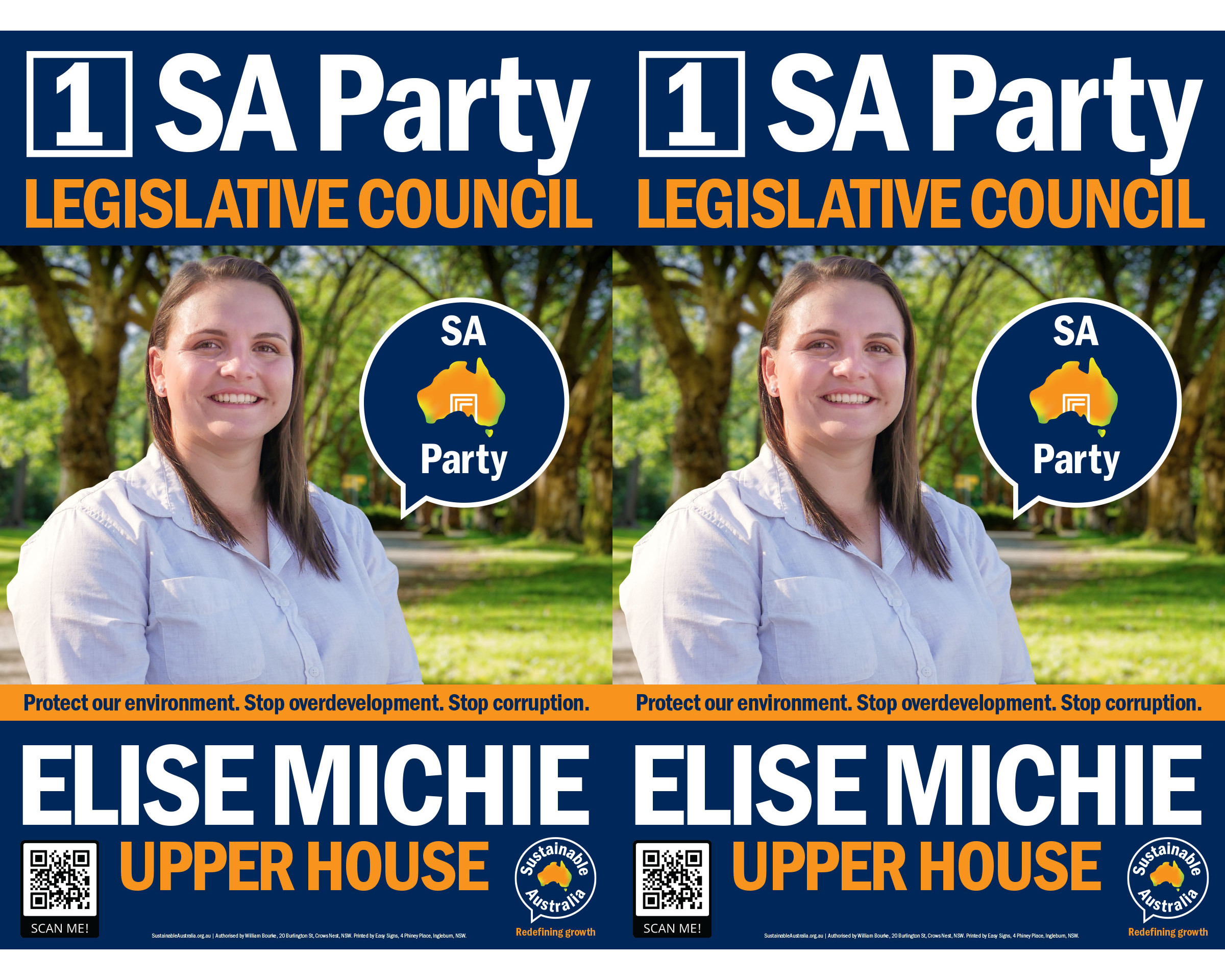 The federally registered Sustainable Australia Party is running in the March 19 SA election as ‘SA Party’ and has announced its two Legislative Council candidates as Elise Michie and Jack Duxbury.

Elise and Jack, both in their 20s and environmentally focused, offer a fresh, next generation alternative for all South Australians and are campaigning to protect our environment, stop overdevelopment and stop corruption.

In line with the party’s objective to protect our environment, SA Party will boycott the traditional stobie pole pollution that starts tomorrow after 5pm. The party’s lead Upper House candidate Elise Michie is first and foremost an environmentalist and passionate about reducing waste.

“SA can lead Australia in the sustainability stakes and SA Party wants to lead South Australia by example. Corflute signs are also a road safety risk as they distract drivers on our roads.

"Although it may cost us some publicity and votes, SA Party will not be contributing to the corflute frenzy in the lead-up to the state election.

“I hope to emulate our party’s success in Victoria, where we boast an Upper House MP. If elected, I will be voting to ban all stobie pole corflute signage and instead focus on more environmentally sustainable ways to reach voters,” Ms Michie added. | Ends