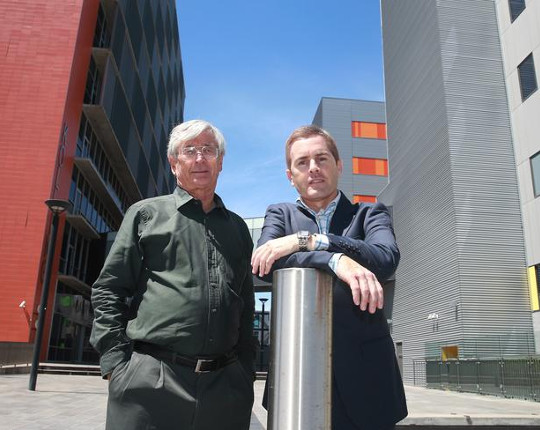 "Politics is won from the centre, and I liken Dick’s choice — to abandon the middle for One Nation — to the race between the tortoise and the hare."

By William Bourke | Published in The Daily Telegraph, 7 December 2016

Dick Smith told me that he voted for me in the 2016 federal election, where I stood as a NSW Senate candidate for the Sustainable Australia Party. 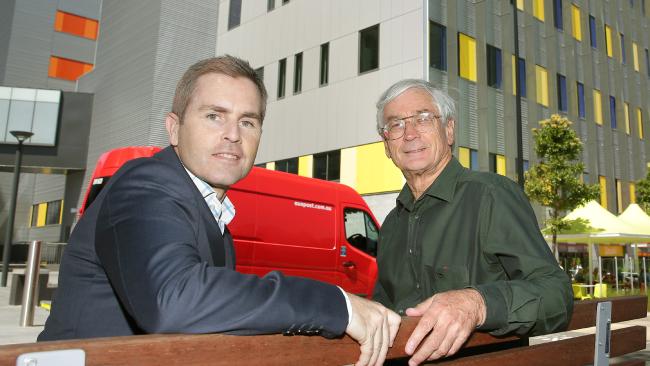 Dick also endorsed me — his first ever political endorsement — in the 2015 North Sydney by-election, where I achieved a respectable 3 per cent of the vote (6.5 per cent after preferences).

But for a man who likes instant results, this was judged a failure and he soon ran out of patience with our organic political project. In this context, for me it was no great surprise to hear that he supported Pauline Hanson’s One Nation. He has of course also flirted with Bob Katter and Jacqui Lambie.

We know Dick is a good man and a great Australian and I know that he remains supportive of what I am doing. But patience is not his strong suit. My worry for him is that for a man that’s keen to protect his well-deserved brand reputation, Pauline Hanson is a risky alignment.

One Nation of course preaches climate denialism and divisive rhetoric towards minority groups. But at the other end of the political spectrum, The Greens preach population denialism by refusing to acknowledge the huge environmental impacts of Australia’s excessive immigration intake. My extensive community campaigning has told me that both of these choices are unpalatable to most Australians, who are rightly looking for a centrist and moderate alternative. As a result, more than 80 per cent of Australians do not vote for either.

In understanding The Greens, it’s important to emphasise that on environmental grounds the original Greens party supported “stabilising” Australia’s population through lower immigration, just like Sustainable Australia does now. This original Greens party policy, like Sustainable Australia’s, was therefore based purely on numbers rather than ethnicity or religion.

But then along came Pauline Hanson who also wanted lower immigration — for different reasons. For fear of being branded “racist”, the 1990s Greens cleared the path for Pauline Hanson’s One Nation by vacating the middle ground on immigration numbers. The Greens used the rise of Ms Hanson as an excuse to abandon its call for lower immigration and have been avoiding or playing down the issue ever since.

With no credible opposition on the issue, John Howard then doubled annual permanent immigration from under 100,000 per year to over 200,000. More customers and cheaper labour is of course great for big business but not so good for the environment. Masterfully and to this day, the Liberal party uses the distraction of stopping asylum seeker boats to provide cover for their large non-refugee immigration program.

In effect, The Greens have been complicit in the “big Australia” outcome that will double our population to 40 million by 2050. Remember the outrage when Kevin Rudd naively admitted that he supported a big Australia? Polling shows that Australians are overwhelmingly opposed to Australia’s high immigration-fed rapid population growth.

But with The Greens not addressing this critical issue to everyday Australians and leaving a political vacuum, more and more mainstream Australians — including Dick Smith — will turn to Ms Hanson as a last resort.

Ms Hanson’s divisive politics has poisoned the well for anyone coming after her that wants to discuss immigration. At times I have been smeared with the same labels, most notably in recent weeks by NSW Greens’ state and local politicians.

It’s not too late for The Greens to join Sustainable Australia in calling for lower immigration, from 200,000 permanent migrants per year back to the long term average of 70,000. This would have no impact on our refugee intake and indeed could make room for more.

Politics is won from the centre, and I liken Dick’s choice — to abandon the middle for One Nation — to the race between the tortoise and the hare. The hare may have Dick’s attention right now, but as we launch a party to contest the NSW state election in two years time, it may be the tortoise that gains more support from Middle Australia.

If so, I’m sure Dick would breathe a sigh of relief.

William Bourke is the president of Sustainable Australia