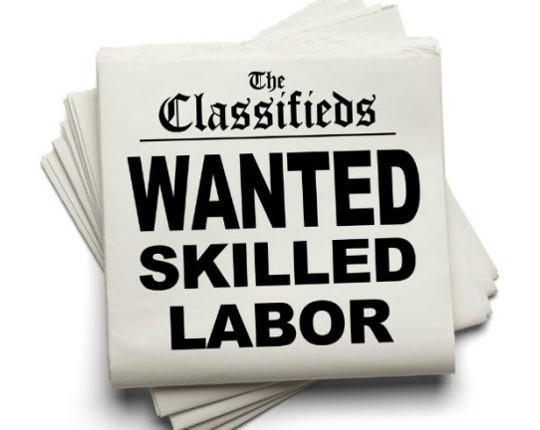 More bills than skills from this migration**

Population-boosters have focused on two key arguments to convince us that we need a 'big Australia': ageing and skills.

Australia has an "ageing crisis", they say, and importing younger migrants is the way to deal with it. But the Productivity Commission dismissed this last year in Population and Migration: Understanding the Numbers, concluding that "realistic changes in migration levels make little difference to the age structure of the population in the future, with any effect being temporary". Now attention has turned to the "skills shortage" and "demand for labour" arguments.

Apparently we need skilled migrants to fill all sorts of gaps - most notably to dig up and sell our finite, mineral assets. This is despite the fact mining is highly mechanised and, at a little more than 200,000 workers, makes up less than 2 per cent of Australia's workforce.

A report yesterday from the Centre for Population and Urban Research at Monash University confirms the mining boom does not justify large-scale immigration. It says, "the bulk of current migration has little to do with providing scarce skills to the resource industries" and concludes that "Australia needs a lower, but better-targeted, immigration program".

So why do the doors remain open? Because the lazy way for big business to make more profit is to increase its customer base. The Australia Institute recently found that bank profits are now running at $1000 for every man, woman and child in Australia. Double the population and you effectively double those profits. No wonder their media-savvy "chief economists" spruik population growth.

It's not just the business lobby feeding us the lines. The Immigration Minister, Chris Bowen, says our migration program is focused on resolving skills shortages. But a review of his department's data clearly shows this is wrong. In 2009-10, Australia's quota of just more than 180,000 permanent migrants included about 108,000 in the skilled migrant category.

But a huge portion of that category - about 56 per cent of the so-called skilled stream - consists of the direct family dependants of skilled migrants, as "secondary" applicants. So only about 47,000 - or one in four - of Australia's permanent migrants are bringing designated skills.

The key to our skills predicament is that dependants, family-reunion entrants and refugees dominate the permanent migration program and create a big annual net skills deficit because of the services they require. Most are not tested for the specific skills we need but still demand skills from doctors, teachers, engineers and accountants, to name a few. This fuels a vicious circle of skills shortages and inflationary pressure on wages.

As for the uncapped 457 visa scheme, which dominates the temporary skilled-migration program, the 2009-10 data shows about half of the 70,000 migrants under this "skilled" program were dependants too. Meanwhile we have an uncapped open-borders agreement with New Zealand and more than 30,000 Kiwis move here each year without skills testing.

But the proof of the pudding is in the eating. A recent Bureau of Statistics report found unemployment among skilled migrants and their families is 30 per cent higher than for the population as a whole. A Sydney University migration expert, Dimitria Groutsis, concluded: "This highlights the fact that the skilled imigration program is not working."

The skills shortage in Australia really began in 1788. All the population growth since then, including recent record immigration, has failed to fix it. The dog will never catch its tail. Structural skills shortages are a part of every economy.

The only way to minimise them is to stabilise the population and invest in education and training, which are disincentivised by high immigration. Australia has more than two million people of working age that are unemployed, under-employed or not engaged in the workforce. Youth unemployment (15-24 years) alone is nearly 20 per cent. They must be our priority.

Just months after Julia Gillard promised to "stop, take a breath", Mr Bowen announced the biggest permanent migration program in Australian history. The 2011-12 program will bring 199,750 more people and again be dominated by dependants, family reunions and refugees. The government must explain why it runs an unsustainable migration program that exacerbates skills shortages and erodes quality of life.

William Bourke is the founder of Sustainable Australia Party

* This article appeared in the Sydney Morning Herald on 19 July 2011 but has now been removed by Fairfax/Nine (we're not sure why).