Federal Labor Leader Anthony Albanese's call for a "mature debate" about population is welcome, and would have been even more welcome any time over the past decade, says former federal Labor MP for Wills, Kelvin Thomson. 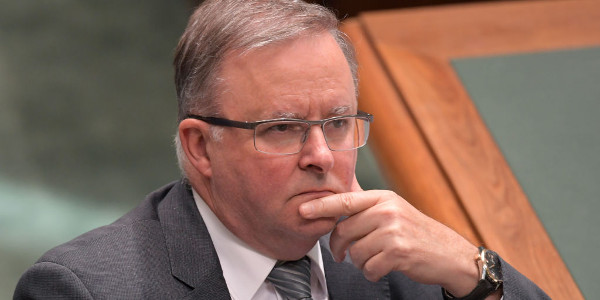 Sustainable Australia Party particularly welcomes Mr Albanese’s insight into the impact of infill housing on green space – “Some of the infill around Green Square and Wolli Creek in Sydney, you are seeing significant growth in population without a single new park for kids to play in and without consideration of liveability in those communities. I am particularly concerned about the impact on young people just not having space to play”.

This is right. We hope it leads to a rethink of the foolish and short-sighted approach to urban consolidation and greater housing density that has characterised planning policy in Sydney, Melbourne and Brisbane.

We also hope the penny might drop that retro-fitting infrastructure brings the diseconomies of scale that come with expensive engineering solutions like tunnelling, skyrail and land buy backs. New taxes from new citizens are never going to cover the cost of new infrastructure in major cities.

However welcome “mature debate” might be, what is really needed is a clear policy commitment to tackle rapid population growth and help to stop overdevelopment.

In this regard Federal Labor should take a leaf from the book of its New Zealand counterpart. New Zealand Labor went to the last election promising a 20-30% cut in New Zealand’s net migration. It won the election, and is now delivering that policy.

Or it could take a leaf from the book of Denmark’s new Social Democrat Prime Minister, Mette Frederiksen. Prior to the last Danish election Mette Frederiksen adopted the immigration restriction policies of her political opponents. She understood what a “mature debate” meant – she said “You are not a bad person just because you are worried about immigration”.

Her approach had two consequences. First, it took the wind out of the sails of the anti-immigration right wing parties, and their vote tanked. Second, with migration neutralised as a political issue, the election was fought on issues like health and education, which unsurprisingly resulted in victory for the Social Democrats.

It will not be sufficient for Federal Labor to simply propose a debate. Its silence on the issue of migration for the past decade has led it to be seen as a de facto high population, high migration party, and has underpinned its poor electoral performance. It needs to commit to slow population growth.

There is plenty of scope to do this. A drastic reduction in our out of control migrant worker programs would not only slow population growth, it would reduce unemployment and put an end to the wage stagnation bedevilling Australia. The Reserve Bank has admitted our migrant visa system is lowering wages.

Stopping this would not only be good policy, it would be good politics. After Kevin Rudd’s ill-conceived embrace of rapid population growth, which he called “Big Australia”, Labor’s primary vote fell below 40%, where it has languished, and it has lost the last three elections. Getting Labor’s support out of the rut it has fallen into will require courage, but at least a couple of other Social Democrat leaders have shown it can be done.