Written by Sustainable Australia Party
May 11, 2016 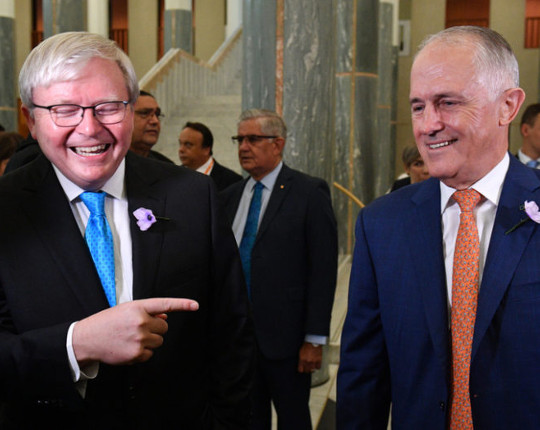 There’s only one serious solution to our clogged cities.

Sustainable Australia says the Turnbull Government has no chance of making good on the Prime Minister’s announcement that he wants to build so called “30 minute cities”, where everything people need is within a 30 minute commute.

Sustainable Australia’s Senate candidate in Victoria, Georgia Nicholls, says that the Prime Minister’s vision of a congestion free future is totally out of touch with reality, while immigration continues to run at record levels.

Ms Nicholls asks, “When Malcolm Turnbull talks about a 30 minute city you’ve got to wonder if he has ever sat in traffic that doesn’t move, like the rest of us do every day?

“Maybe he has in mind Bronwyn Bishop’s preferred style of public transport, because a helicopter is the only way you’ll do a 30 minute commute in Melbourne in peak hour.

“And how’s he going to fund it?  With a pile of debt, arranged by bankers, that’s how.  So Turnbull’s 30 minutes will bring us generations of debt, and that’s just for the bankers’ fees.

“There’s only one serious solution to our clogged cities. It is decent public transport and lower immigration, from the current 200,000 per year to our long term, sustainable average of 70,000 people.

“And there’s only one party that gets that … its Sustainable Australia,” says Ms Nicholls.