KELVIN’S BLOG: Thousands of tonnes of plastic stored in warehouses 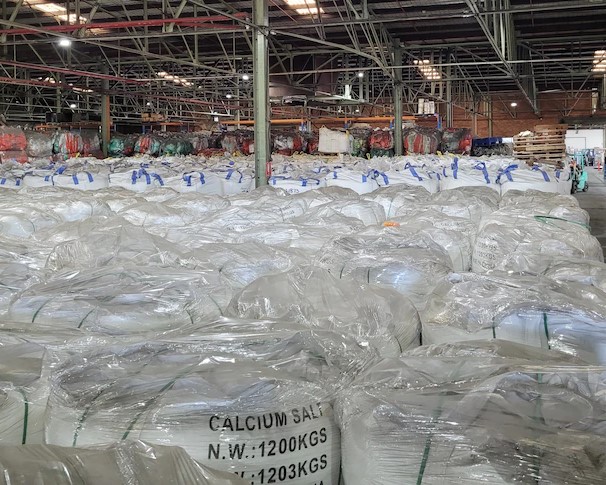 Coles and Woolworths have a lot of explaining to do about how this debacle arose, and what they intend to do about it.

The Age has reported that Victoria’s Environment Protection Authority has uncovered 3000 tonnes of waste in sites in Melbourne’s west and north as part of its investigation into the collapse of the REDCycle program. [1] This was Australia’s largest soft plastics recycling program, promoted by Coles and Woolworths.

But hundreds of millions of plastic bags and other soft plastic items dropped off by customers at Coles and Woolworths were secretly stockpiled in warehouses, and were not recycled. REDCycle did not publicly announce the suspension of the recycling part of the program, and for months continued to collect large volumes of soft plastics, including shopping bags, pet food bags, ice cream wrappers, bubble wrap and frozen food packaging.

Instead of recycling the plastic, REDCycle transported it to warehouses and has stored it there long-term. This is a potential environmental and fire safety risk. As well as there being 3000 tonnes in 6 Melbourne warehouses, South Australia’s environmental authority has found 1500 tonnes in 2 Adelaide warehouses.

There may be more of these dangerous and inappropriate storage arrangements uncovered as the Environment Protection agencies continue to investigate. Coles and Woolworths have a lot of explaining to do about how this debacle arose, and what they intend to do about it.