MEDIA: Tweed Daily News - Sustainable Australia Party wants to give power back to the people 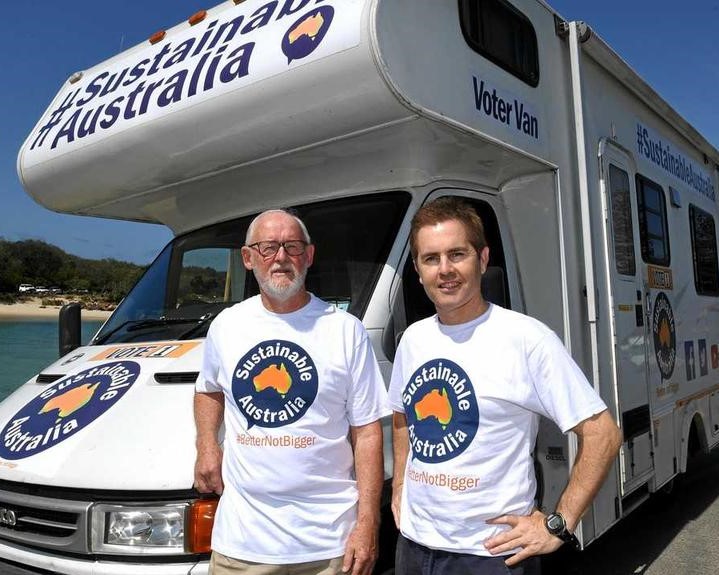 Party candidate for Tweed Ronald McDonald, who was a late entry into the race for the seat, told the Tweed Daily News the party's main platform was "sustainability for everything”...

GIVING power back to the people by placing major projects into the hands of "citizen juries” and building critical infrastructure before housing are just some of the policies of the Sustainable Australia Party.

Party candidate for Tweed Ronald McDonald, who was a late entry into the race for the seat, told the Tweed Daily News the party's main platform was "sustainability for everything”, including giving State Government powers back to local councils and curbing Australia's "rapidly growing population” until enough housing exists.

Mr McDonald said the Tweed Valley Hospital at Cudgen was just one example of inappropriate development.

"We want to return planning to the local councils so we don't get overridden by Sydney on what they call major projects,” he said.

"It's completely out of whack, nine stories in Kingscliff we're going to cop on prime agricultural land when where there's a three-story height limit, that's not sustainable in that area.

"Returning planning to local government is one of our major policies, we believe citizen juries should be provided with all the important information on major projects like the Tweed Valley Hospital and take it out of the hands of the party and their pockets or vested interests, which they're both accusing each other of at the moment.” Mr McDonald said placing power into the hands of citizen juries would mean a high-school could be built at Pottsville if that's what the community wanted, while an increased police presence in areas outside of Tweed Heads would provide more trust from residents.