The Federal Government’s $25,000 Homebuilder Stimulus scheme is a wasted opportunity. 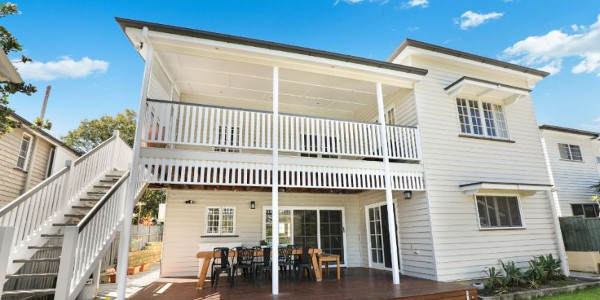 It is expected to cost $688 million, but it is an uncapped and demand driven program and it could end up costing much more or much less than that. We have had plenty of recent experience about the unreliability of Government budgetary forecasting.

However taking the Government at face value, to spend $688 million on home renovations comes with no environmental or social benefit whatsoever, and is irresponsible. Spending of this magnitude, or indeed any magnitude, should have a triple bottom line approach, taking into account environmental and social outcomes.

The Government is clear that the only reason this money is being spent is to provide employment, and keep our unemployment levels lower than they will be otherwise. Given this, the Government should have considered alternative spending programs which would have had an environmental or social benefit.

To give a few examples –

- The Victorian Black Saturday Bushfires Royal Commission recommended the undergrounding of powerlines, as faulty powerlines were found to be the cause of the most destructive fires. It has never been done due to the cost, but $688 million would underground a lot of powerlines, and make a lot of Australians a lot safer from bushfires.

- Shonky builders have put fire prone aluminium cladding on high rise buildings, particularly in Melbourne and Sydney. Apartment owners have been expected to pay for the repair of building defects they could not reasonably have been aware of. Many can’t afford the cost, and are living in unsafe places. $688 million would repair a lot of unsafe apartments.

- As climate change dries out much of southern Australia, $688 million could install a lot of rainwater tanks. This would enable homeowners to be more self-sufficient in meeting their water needs, and to save on their water bills in future.

- Homelessness in Australia is a disgrace, and $688 million could provide a lot of social housing.

The Sustainable Australia Party urges the Government to have more regard for the environmental and social consequences of its spending programs than it has shown with the Homebuilder Stimulus Scheme. There is a real risk, given the hoops and hurdles associated with the program, that the take up will not be great, whereas each of the stimulus measures we have proposed could be put into effect with no uncertainty as to the size of the stimulus.

The Homebuilder Stimulus also makes a nonsense of two other commonly held articles of faith by Australian decision makers and opinion leaders. First, that Australia is short of workers and needs to import more of them through migrant worker programs. If we are short of workers, why are we spending $688 million to try to stop unemployment going through the roof?

Second, that the destruction of traditional manufacturing during the late 20th Century, and the embrace of globalisation and free trade, would give Australia a more diverse and resilient economy and workforce. It has not. The Government is admitting that our economy has instead become totally reliant on the construction industry, and the population growth Ponzi scheme it uses to feed it. A key lesson Australia needs to learn from the pandemic is that we need to start providing more support for manufacturing, and make more things in Australia, and become more self-reliant and self-sufficient in future.