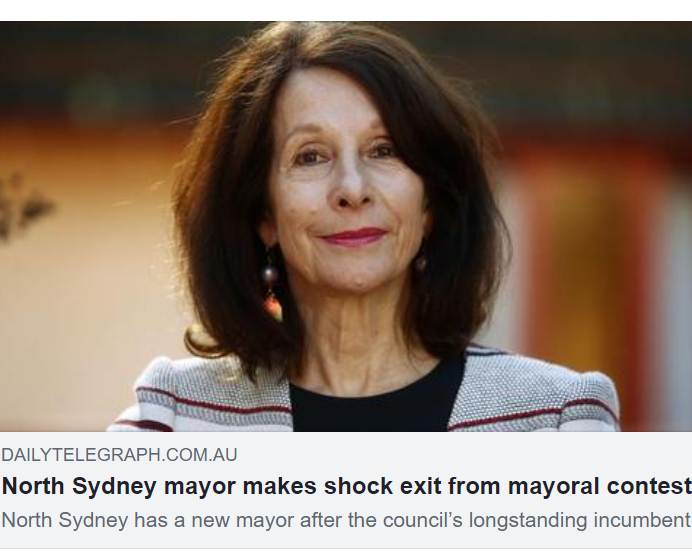 William Bourke – the founder of the Sustainable Australia Party – was meanwhile elected deputy mayor without a challenger.

With a show of hands, Councillor or Zoe Baker was elected Mayor 6-4 with the support of MaryAnn Beregi, who stood for election on her Real Independents Team, two newly elected Labor councillors and two first-time councillors from the Sustainable Australia Party.

William Bourke said the party decided to back Zoe Baker after considering “several key factors” including her voting record on development issues such as opposing increasing building height limits in Neutral Bay.

“I think Jilly has been a hard working mayor and we thank her for all of the hard work – I think the community views are varied but ultimately we’re voting for a change,” he said.

Ms Baker stood for election on policies including stopping overdevelopment, campaigning against the Beaches Link and Western Harbour Tunnel projects and bringing back transparency to the council...