KELVIN’S BLOG: We need a war on plastic 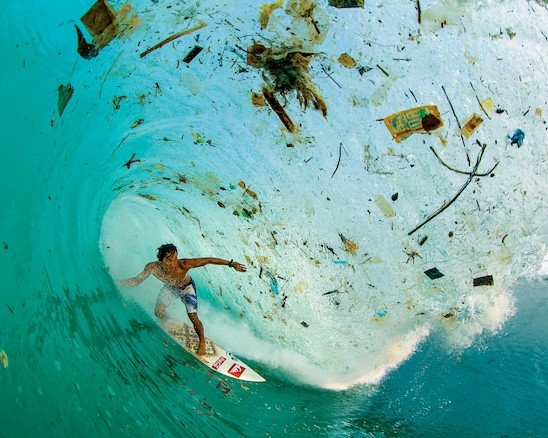 The CSIRO says that three-quarters of the marine debris along our coastline is plastic, most from local sources.

One of the things that has been most noticeable about the recent heavy rains in Melbourne has been the amount of litter, much of it plastic, strewn on the banks of our waterways. It brings home what a mess we are creating for ourselves and the future. The damage done by plastic to our marine life has been extensively documented and is well known.

One of the Sustainable Australia Party’s activists, Richard Belcher – rugged outdoor type – this year spent weeks on a yacht cruising from Darwin to Indonesia. He was living the dream until they neared the coast of West Timor. He tells me that at first there were odd bits of plastic wrap or food container, and plastic bags, which were a worry because they could clog the engine cooling water inlet.

By the time they anchored at Kupang, they were shocked by the amount of plastic rubbish in the water. Drains flowing to the beach from the settlement were choked, sometimes nearly a metre deep, in plastic waste, which would flow out to the sea with the next flood. Richard says the same problem is evident throughout the Indonesian archipelago.

In 2016 a report to the World Economic Forum in Davos said that “By 2025 the oceans will contain one tonne of plastic for every three tonnes of fish, and by 2050 more plastic than fish”. This is a disgraceful prospect, and we have a duty to do whatever we can to stop it.

Globally, 95% of all plastic is used once. At least 8 million tonnes of plastic leak into the ocean every year. In Australia, we recycle just 9% of plastic, and even that pitiful figure is probably declining given the collapse of various plastic collection and recycling arrangements. The CSIRO says that three-quarters of the marine debris along our coastline is plastic, most from local sources.

Federal and State Governments and local Councils have announced a range of measures to address the problem, but so far it seems to be growing, not shrinking. In short, we need a war on plastic.