The Venezuelan President Nicholas Maduro is encouraging Venezuelan women to have six children each, claiming this will boost the country. His comments have been criticised by human rights activists who note that Venezuelans are already struggling to provide food, clothes and healthcare for their families. 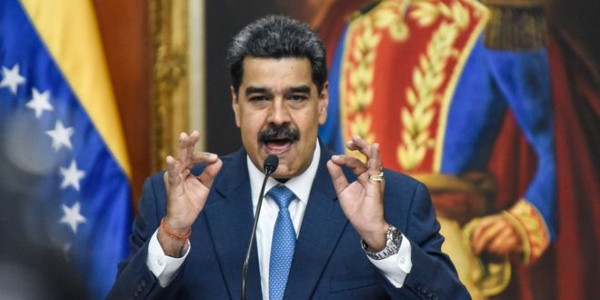 Oscar Misle, founder of CECODAP, a group that defends the rights of young people, said "It is irresponsible, on the part of a president of the republic, to encourage women to have six children simply to make a homeland, when there is a homeland that does not guarantee children their lives".

President Maduro's claim that more children will boost the country has no basis in fact. A report in the journal BMC Public Health this year by Frank Götmark and Malte Andersson finds that lower fertility rates favour economic development and higher fertility rates do not. They find that in Latin America, as elsewhere, the higher the fertility rate, the lower the GDP per capita.

The Overpopulation Research Project has concluded that "No country outside OPEC has achieved middle-income status without first reducing its birth rate through voluntary family planning, and every country which did so, regardless of their colonial legacy, has seen substantial betterment".

Some people will think President Maduro's exhortations eccentric, but largely harmless. They are not. According to the United Nations, Venezuelan economic collapse has led more than 4.5 million Venezuelans to emigrate since 2015. According to the UN World Food Program, 9.3 million people - nearly one third of the population - are unable to meet their basic dietary needs.

The phenomenon of poverty stricken Latin Americans seeking to enter the United States played a key role in the election of US President Trump in 2016 - remember "Build that wall". It remains his most potent political asset.

Those on the political left and in the centre who are deeply worried about the rise of Donald Trump and other populist politicians, should condemn President Maduro's disastrous call. They should support political leaders in Venezuela and elsewhere who understand the importance of educating girls and women, the importance of making contraception affordable and widely available, and the importance of reducing the fertility rate, in lifting countries from poverty to prosperity.