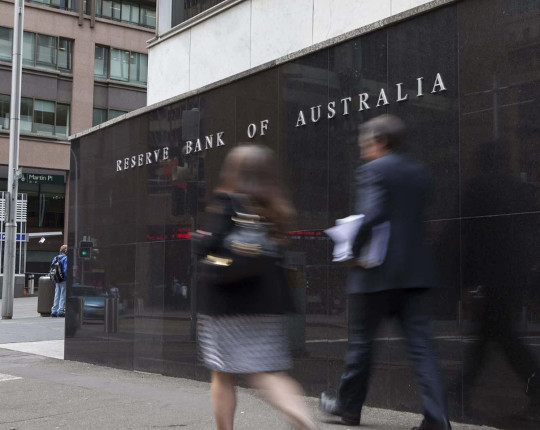 The Reserve Bank’s latest Quarterly Statement on Monetary Policy says that the pause in Australia’s migration program will lead to higher living standards for Australians.

The Reserve Bank’s latest Quarterly Statement on Monetary Policy says that the pause in Australia’s migration program will lead to higher living standards for Australians.

Over the past decade, Australia has had one of the most rapidly growing populations in the world. Our GDP has grown, but our GDP per capita, has declined. But the Reserve Bank says that as a result of the pandemic caused halt to incoming migration, “GDP is expected to be on a higher trajectory, supported by higher per capita household income and a strong contribution from public demand”.

In particular it says that more firms are reporting that they expect to see stronger wages growth in the year ahead. The Bank says that “a sustained period of economic recovery could lead to wages pressures emerging more quickly if new labour supply remains constrained”.

1.  This is good news. The Reserve Bank has said that low wage growth is a barrier to post pandemic recovery.

3.  The Statement on Monetary Policy shines the spotlight on the difference between “GDP” and “GDP per capita”. While GDP per capita has plenty of limitations, it does provide information about our living standards. But commentators regularly only report GDP, which is only half the story. It is like asking your son when he comes home from playing footy, how did the team go, and he says, “We kicked 12 goals, 5 behinds”. If he says nothing about what the opposing side scored, you have no idea how his team fared. If GDP is the yardstick, India has higher living standards than Australia. The constant half-baked reporting of GDP is an incitement to policy makers, particularly in Treasury, to go for population growth, which is fake growth – providing a veneer of rising living standards to cover the reality of falling living standards.

4.  We’ve had a lot of doomsayers and special pleaders from industry predicting doom and gloom for the economy as a result of the end of JobKeeper, and the loss of international students and temporary migrant workers. If they were right, the sky would be falling in right about now. The Australian economy would be crashing to earth like a Chinese rocket. It isn’t. Unemployment and underemployment are falling – underemployment is at its lowest level since 2014. Youth participation in the labour market is rising. Ditto housing prices and the share market.

5.  The Reserve Bank’s Statement is consistent with the findings of other analysts who have concluded that the migration pause is good for workers and wages – Professor Ross Garnaut, Professor Judith Sloan, and Commonwealth Bank Senior Analyst Gareth Aird.

6.  We have a once in a generation opportunity to reset the migration button and return the international student and temporary visa programs to their late 20th century levels. This would lock in the gain in living standards which the Reserve Bank anticipates. It would provide opportunities for young people, who have been deprived of the job security that I and my generation enjoyed. It would provide opportunities for older people – I heard the Mayor of Longreach putting out a call for older workers. And most importantly, it might help us Close the Gap. In 2008 indigenous employment was about 48% and non-indigenous employment was 75% i.e., three quarters of non-indigenous Australian adults were employed, but only half of indigenous Australians. The Council of Australian Governments set a Closing the Gap target of halving this gap in 10 years. But ten years later, in 2018, non-indigenous employment remained around 75%, while indigenous employment had barely moved – 49%, or still one in half. This is our chance to do something really meaningful about Closing that Gap.