KELVIN’S BLOG: Population nonsense back in the news 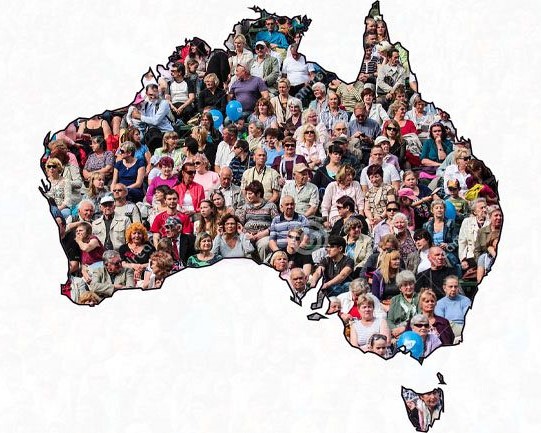 I’d like a dollar for every time the myths and fallacies about population growth were pointed out.

But they seem harder to kill than Count Dracula.

They’ve been back again with the release of the 2022 Population Statement by the Centre for Population. It predicts Australia’s population will grow by an extra 4 million to 30 million in the next decade, and an additional 9 million to 39 million by 2060.

Astonishingly, this has prompted comments from commentators that this growth is not fast enough! The Guardian’s Amy Remeikis described this as making for a “smaller, older and sicker Australia”. Last time I counted, 39 million is more than 30 million, which in turn is more than 26 million. She further claims that “Australia is reliant on migration to grow, as migrants tend to be younger and higher skilled”.

Such claims have been demolished regularly by research by Bob Birrell, Ernest Healy and others. Macrobusiness points out that the latest ABS data from December showed that migrants held 26.3 % of all jobs in Australia in 2019-20, below their 29.8% share of Australia’s population. Furthermore, the median annual personal income for migrants in 2019 was $45,351, compared with $52,338 for the population as a whole. Far from being a highly skilled addition to the workforce, too many employers use migrants as a source of exploited cheap labour.

The Australian Financial Review has used the forecasts to double down on this exploitation, saying “Migration needs to be sped up beyond the modest increases agreed at last year’s jobs summit. The review of the system currently under way needs to create far more flexibility over how companies can use migrant workers”.

Nothing could be more guaranteed to put a lid on wages, lower workers living standards, and increase unemployment, underemployment and job insecurity, than going along with this self-interested corporate propaganda.

And the Federal Government trotted out the old ageing population scare, which has been comprehensively debunked many times, including in an excellent paper by Leith Van Onselen and Cameron Murray for the Sustainable Australia Party in 2019. Our population is indeed ageing. But so what? The idea that a small workforce will be carrying the load of millions of retirees is bollocks. Our labour force participation rate is the highest it has ever been. And the negative net overseas migration during the pandemic has coincided with the proportion of Australians in paid employment being the highest on record.

Trying to ramp up population growth to “solve” population ageing is a cure in search of a problem. And it is a “cure” with a whole host of nasty side effects – job insecurity, housing unaffordability, rental crisis, traffic congestion, infrastructure shortfalls leading to budget black holes far worse than the cost of dealing with population ageing, rising greenhouse gas emissions, and habitat destruction.

Why won’t the “ageing population” scare die, no matter how many times it is put to the sword? Because for too many large corporations, and their puppets in media and government, it is far too convenient a myth, a fig leaf for population policies which the public knows are not in Australia’s best interests, and do not support.