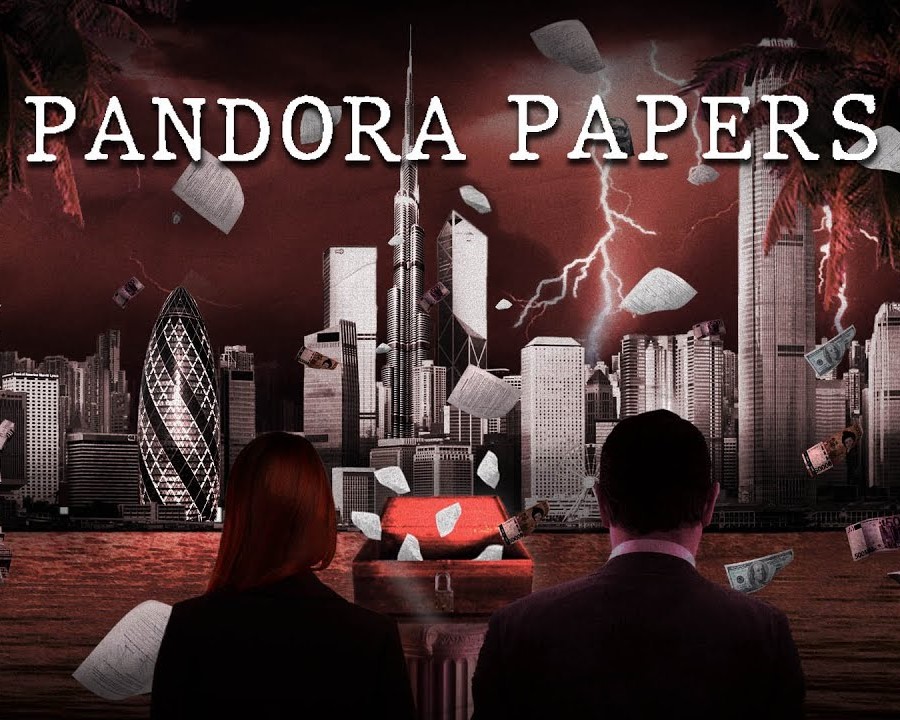 This week we have been given a rare insight into the scale of the corruption problem, both in Australia and globally, with the release of the Pandora Papers.

For the Sustainable Australia Party, stopping corruption has always been core business. We want to improve integrity, transparency and trust in government. It is embarrassing that over the years Australia has been falling down the ladder of the highly regarded Transparency International Global Corruption Perception Index. Back in 2012 we were ranked 7th; the latest rankings show us at number 11.

In 2017 I received the Allan Missen Award from the Accountability Roundtable for Integrity in Serving Democracy. In my acceptance speech I called for an Independent National Commission Against Corruption, a ban on campaign donations from the property development and gambling industries, requiring campaign donations to be disclosed in real time, eg put on your website within a week, and requiring Ministers to publish their diaries every month, as happens in Queensland.

The Party’s Victorian MP, Clifford Hayes, has been a strong campaigner against corruption. He introduced a motion to sack the Casey Council after revelations at the IBAC, and has campaigned for Victoria’s campaign financing laws to be brought into line with those in New South Wales and Queensland and ban property developer donations.

This week we have been given a rare insight into the scale of the corruption problem, both in Australia and globally, with the release of the Pandora Papers.

They show how many of the world’s wealthiest – more than 100 billionaires – and political leaders – 30 world leaders and 300 public officials - launder and hide billions and billions of dollars in elaborate trust arrangements offshore, using tax havens and jurisdictions which promise to keep their affairs secret. Often their motivation is to avoid paying tax. Too many wealthy people are tax bludgers. At other times it is to hide wealth they have obtained illegally or improperly – through corruption or criminal activities.

Unfortunately Australia is right in the thick of this tax bludging and secrecy. The ABC’s Four Corners has focussed on the activities of the Australian firm Asiaciti, and its use of Samoa as a tax haven, and Singapore as a secrecy jurisdiction. It outlined how a Tasmanian dairy farm was purchased by a director of a Canadian oil company which made a fortune in oil from bribing Nigerian politicians. It outlined how the Singapore based company Bright Ruby Resources purchased the Sydney Hilton Hotel and other Sydney CBD property for hundreds of millions of dollars. Its ultimate owner was the corrupt Chinese steel magnate Du Shuanghua.

It is important to understand that we would not have known the identity of these owners had not the Pandora Papers been leaked. The real ownership is hidden under layers and layers of companies and trusts – six in the case of Bright Ruby.

The United Kingdom and the United States have established registries to reveal the ultimate beneficial owners behind companies. Australia has not. When the Panama Papers exposed global tax bludging in 2016, the Liberal Assistant Treasurer Kelly O’Dwyer said Australia needed a register of beneficial owners. We still don’t have it.

When other countries crack down on tax bludging, money laundering and corruption, and we don’t, it makes us an attractive destination for dirty money. It is not just the lack of an Anti-Corruption Commission, and the lack of a beneficial register of property ownership, that serves us poorly. Our Foreign Investment Review Board (FIRB) is a Foreign Investment Rubber Stamp (FIRS). It is supposed to safeguard our sovereignty and the national interest, but it never blocks anything.

This is potent combination. Not only does it make our land and housing less affordable, particularly for young people. Not only does it feed our Population Ponzi scheme, at the cost of our environment and future generations. It is also a major corruption risk.

The Sustainable Australia Party policy is to restrict the purchase of Australian residential property and land for housing to Australian citizens and 5 year plus permanent residents, and 75% plus Australian-owned entities. Not only is this a sovereignty issue, not only is this a housing affordability issue, but the Pandora papers make clear it is an integrity issue.