Here is an article I wrote in reflection on the 50th Anniversary of the landing of Apollo 11 on the moon. I hope you find it of interest, and feel free to circulate it amongst your networks. 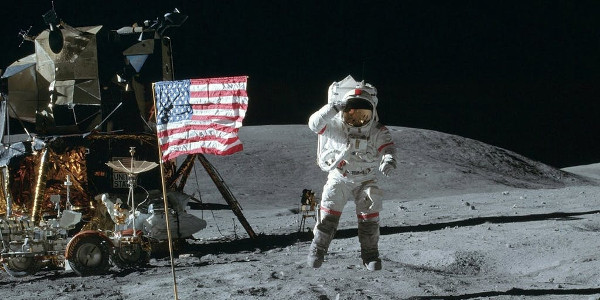 It has been great to re-live the Apollo 11 Moon Landing’s 50th Anniversary. What a monumental achievement and tribute to human intellectual candlepower, endeavour and above all courage.

I was a Year 9 student at the time; like other classes we downed tools to watch it unfold. Our teachers were just as astonished by the audacity and precision of the Landing as we were.

I – and I think most of the people who I talked with or heard from at that time – had a very rosy view of the future. Yes we were involved in a stupid war in Vietnam, but I thought the Second World War and the Holocaust were so wicked and so evil that we’d learned from that, and that there was a very strong worldwide appetite for peace. I thought that war and conflict would become a thing of the past.

I also thought that we were learning from our environmental mistakes, and that the public interest and community action groups springing up to oppose air pollution, water pollution, toxic pesticides and habitat destruction would see us lift our environmental game. In short, I thought everything would improve.

But to reflect on the Apollo 11 Moon Landing raises the question for me – what has actually happened to the world in the last 50 years?

The most striking global phenomenon of the past 50 years has been population growth. It took us the whole of human history to get to the 3.6 billion people we were in 1969. It has taken just 50 years to more than double that, to 7.7 billion now. Australia is no exception – back in 1969 we were 12 million; now we are 25 million.

The impact of this growth on wildlife and the environment has been catastrophic. The latest World Wildlife Fund Living Planet Report says that since 1970, 60% of the population of all mammals, birds, reptiles and fish has been lost.

60% in 50 years. It is a disgrace. It makes an absolute nonsense of the idea that we’re decoupling growth from environmental damage; that we can continue to grow, and our wildlife won’t disappear. Let me repeat – in the last years our numbers went up by over 50%, and the world’s wildlife went down by 60%.

Co-incidence? Hardly. As has been noted by The Overpopulation Report, the total weight of vertebrate land animals 10,000 years ago was – Humans 1%, Wild Animals 99%. Today it is Wild Animals 1%, Humans 32%, Livestock 67%.

We have housing unaffordability. In 1969 Australians not only owned their own homes, many Australians had a holiday home down by the beach as well. Not any more. In 1969 there was no such thing as traffic congestion. Now the traffic congestion is terrible. We have road rage (unheard of in 1969) and Melbourne is on track to add over one million extra cars in the next 20 years. How will we go with another million cars?

In 1969 we did indeed take a giant leap forward. But it’s the increasing size of the foot, and our footprint on the earth, that the past 50 years will be most remembered for in time to come. The next giant leap for mankind will be the one that moves us from using “growth” as our measuring stick, to using “wellbeing”, and which enables us to put into effect the lesson of those beautiful photos of the earth taken by the astronauts – that we’re all in this together.