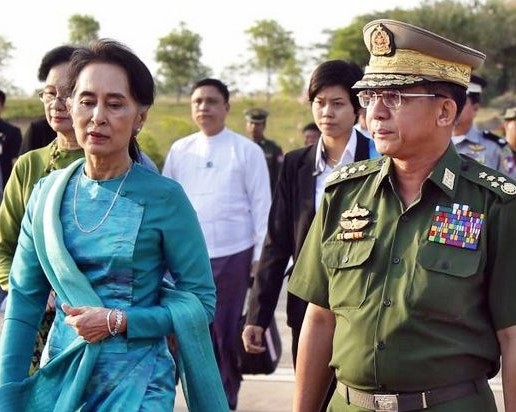 The international community should demand that the Myanmar military immediately releases arrested leader Aung San Suu Kyi, respects the result of the national elections, revokes the “state of emergency” and relinquishes the power it has sought through a military coup.

The military’s claim that the elections were fraudulent has no foundation, with election observers stating recently that the “results of the election were credible and reflected the will of the majority of the voters”.

The new would-be ruler of Myanmar, General Min Aung Hlaing, is directly and credibly implicated in crimes against humanity committed against Rohingya Muslims in 2017, and in crimes committed during military operations against the Kachin, Shan, and Rakhine ethnic minorities.

The United Nations backed Independent Fact-Finding Mission on Myanmar recommended in 2018 that General Min Aung Hlaing and a number of other senior Myanmar Generals be investigated for genocide and war crimes.

Democracy cannot be an optional extra. It is not a Western value; it is a universal one. The people of Myanmar are entitled to have their votes respected, and their aspirations for freedom and control of their own affairs realised. Myanmar lives matter.