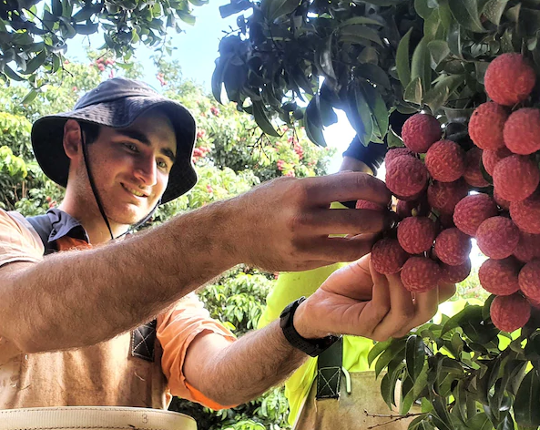 The Fair Work Commission has upheld the Australian Workers Union application to guarantee the minimum wage for casual workers ($25.41 per hour) to farm workers.

This is great news. It will replace piece work rates, where fruit and vegetable workers get paid according to how much they pick. Australia is the land of the Harvester Judgment, which introduced the world’s first guaranteed minimum wage. It is a long-standing anomaly that some workers have not been able to receive it, and the decision ends a real injustice.

The only bad news is that the National Farmers Federation is complaining about the decision rather than accepting it. They have said that the decision will “push many farmers’ wage costs to unsustainable levels”.

This is a very significant claim. In the past, farmers’ representatives have claimed that piece work rates were good for workers, who ended up being paid more than they would if they were paid an hourly rate. But now the NFF says that paying workers the minimum wage will push up labour costs. If this is so, by the NFF’s own admission, farm workers have been shamefully exploited until now.

And indeed this is just what investigation after investigation, inquiry after inquiry, has found. The horticultural industry has been engaged in paying wages as little as $3 an hour, and imposing conditions that have been described as “modern slavery”.

The introduction of a fair wage is not only a good thing in its own right, it will almost certainly solve the worker shortage that farmers have been claiming requires them to bring in overseas workers. That is, provided the industry does not engage in clawing back the wages, by rorting accommodation and travel expenses. Unfortunately, there has been evidence of this. One applicant for a picking job did not hear back after he advised the labour hire company that he had his own accommodation!

The NFF complained that the decision came at a time when horticulture was facing an unprecedented labour shortage. It appears they totally fail to grasp that the reason they have a shortage is that they don’t pay their workers enough!

One area where I do have sympathy for the farmers concerns their relationship with Coles and Woolworths and co. These food retailers have been going gangbusters during the pandemic. They are well placed to absorb price rises in local food without abandoning local producers and seeking to import fruit and vegetables instead.