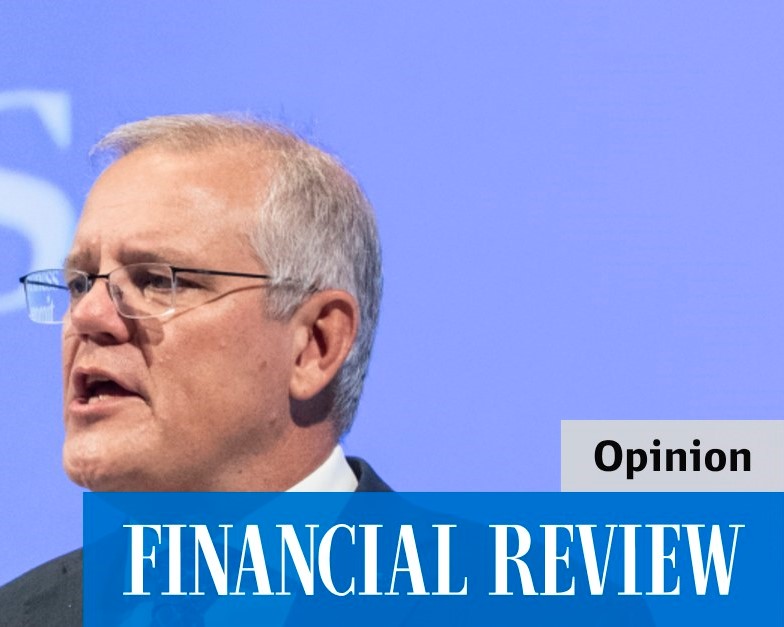 The article reported advice by the NSW Department of Premier and Cabinet to incoming Premier Perrotet. It said “In a sign the new Premier is taking the advice seriously, Mr Perrotet yesterday said the borders need to be opened up amid a 'general labour' shortage to ensure a healthy economic recovery".

The proposal was widely condemned. On Friday the Financial Review had decided that opposition to the proposal was overly simplistic, and that "no government is going to allow in 2 million people in five years".

Is that so? Then why did the Financial Review give the proposal front page treatment on Tuesday? Why did it say not a word then about the proposal being fanciful? Why did it report that the Premier was “taking the advice seriously”?

The Financial Review on Friday also sought to suggest that opposition to the proposal was coming from the political fringe, by putting up Pauline Hanson as their straw man opponent of the idea.

The truth is that opposition to the proposal is widespread and mainstream. It is the Department of Premier and Cabinet, and the Financial Review, which are advancing a fringe position.

The two Financial Review articles would make a good subject for the ABC’s Media Watch. But Media Watch has its blind spots too, and the Population Ponzi is one of them.