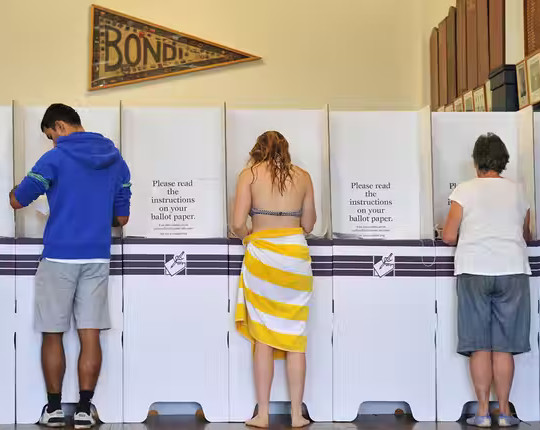 The 2022 Federal Election has now been announced, for 21 May. I suspect that this time the Liberal-National Government’s time really is up...

...though of course I have seen them come from behind during the course of a Federal Election campaign in 2001, 2004, and 2019. It doesn’t pay to get too far ahead of yourself in these matters. If they lose, as seems probable, it seems to me that this will be chiefly due to their failure to put public health first. My sense is that finally their climate denial chickens are coming home to roost. For years they have run interference on climate action, making Australia a laggard when we should have been a leader. But the Prime Minister’s weak and inadequate responses to the 2019-2020 Black Summer bushfires, and more recently to the catastrophic floods in Queensland and New South Wales, stems from the fact that he and other Liberals and Nationals are fundamentally uncomfortable with talking about climate related disasters. They prefer to talk about something else, when the nation needs them to focus on this.

Secondly, the Liberal Party’s response to the coronavirus pandemic has perished. Initially it was strong, and it saved many lives. But the Federal and State Liberal Governments thought it would all be over by the end of 2020. They failed to forsee the Delta variant, and started putting free market and libertarian ideology ahead of public health. The vaccine rollout was too slow. The public health consequences of this have been severe, so too the impact on small businesses.

If I am right about this, there will be a change of government. The Opposition Leader Anthony Albanese had some significant things to say at his speech to the Australian Financial Review Business Summit on March 9. He said “we have 2 million people who are unemployed or under-employed. That’s not good enough”. I agree. Whichever Party wins the election should have as core business reducing the number of Australians who are unemployed or under-employed.

He also said “While unemployment is low, you would expect it to be, given the scale of the economic stimulus washing through the economy and the abrupt halt to migration due to border closures”. This is a very significant statement. It acknowledges what we can all see, that the halt to Australia’s Population Ponzi scheme due to the pandemic has resulted in unemployment falling. It puts to the sword the silly claims by other Opposition spokespeople, such as Andrew Leigh, that migration numbers have no impact on unemployment levels. The challenge for Anthony Albanese, if elected as Prime Minister, is clear. Does he continue with the Government’s planned re-booting of the mass migration program, which will lead to higher unemployment and continuing falls in real wages? Or does he cut it back, which is in the best interests of Australian workers, and what the Australian public wants.

The third interesting thing he told the Business Summit was that “The closure of international borders threw a spotlight on years of government neglect of local skills training through the TAFE system”. Again, this is correct. And again, the question is, will he change this? Will he allow employers to continue to get away with crying “skills shortages” and recruiting exploitable workers from overseas? Or will he reform education and training in Australia so that young Australians have the skills and get the jobs?

The polls continue to indicate high and increasing levels of voter dis-satisfaction with both major parties. Given that over the past 20 years the major parties have presided over job insecurity, housing unaffordability and environmental decline, this is not surprising. If dis-satisfied voters turn to either the far left (the Greens) or the far right (One Nation or United Australia) we will get more polarisation and an even more dysfunctional political system. I hope that voters turn to the Sustainable Australia Party. We are interested in listening to the voters, and in science and evidence-based policy. We are not interested in telling voters what they should think, or peddling bizarre conspiracy theories.

Voting for sensible and reasonable minor party policies and candidates will tell the major parties they need to listen more to the views of the Australian people, rather than large corporate donors. It will bring Australians together, and avoid the polarisation, name-calling and nastiness that the far left and far right bring to the political debate. It will better prepare Australia for the challenges that lie ahead.