In the first couple of months both the Federal and State Governments seemed to be doing a great job of protecting Australians from the coronavirus pandemic. 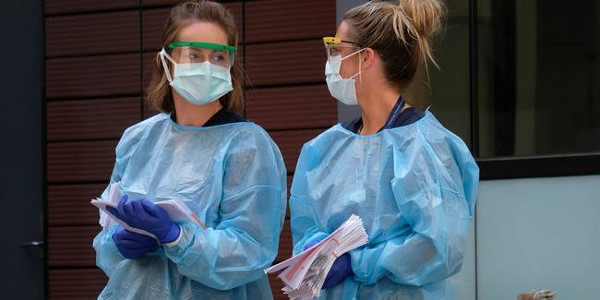 Our cases and deaths were far fewer than those of other countries. I and many others praised the efforts of our governments to keep us safe.

But the emergence of a second wave in Victoria, and the precarious situation in New South Wales, has caused me to re-think the wisdom of the “suppression” or “flatten the curve” strategy which the National Cabinet of Federal and State leaders has pursued.

The second lockdown in Victoria has been debilitating, with an adverse effect on the mental health of many Victorians. It has also caused massive economic dislocation, and has generated chaos and havoc beyond Victoria’s borders, with other States having to close their borders to Victorians as a precaution.

Many businesses have rightly said that they cannot survive in a stop-go, yo-yo environment.

I have concluded that both Victoria and the nation would be better served by a strategy of elimination. Such as strategy has been recommended by eminent epidemiologists and health experts Tony Blakely, Jason Thompson, Natalie Carvalho, Laxman Babiani, Nick Wilson and Mark Stevenson. Their article “Maximizing the probability that the 6 week lock-down in Victoria delivers a COVID-19 free Australia” was published online in The Medical Journal of Australia on 17 July. I have outlined some of their arguments below.

New Zealand (population 5 million) and Taiwan (population 24 million) have shown that elimination is possible in island jurisdictions. As at 10 July, neither had had a reported community transmission for over 2 months. The big advantage of elimination is that, while you still need international border closures and/or strict quarantine, citizens can go about life with a near normal functioning of their society and economy.

New Zealand used a more stringent lockdown than Australia in March and April. They rapidly achieved elimination, and their economy has bounced back more strongly than Australia’s, on the measure of payroll job estimates.

In Victoria’s case, it is already in lock-down for 6 weeks. The extra cost of “going hard” with a rigorous public health response is marginal.

The health experts put forward a plan for extra measures designed to maximise the chances of elimination. They say the Premier should explicitly declare “elimination” as the goal. This has a better chance of averting a public clamouring for premature opening up, and as people see case numbers fall they will recognise the health and economic benefits of the elimination strategy. The elimination plan requires school closures, a tighter definition of essential shops, a tighter definition of essential workers, mandatory mask wearing, an extension of the suspension of international arrivals into Victoria, and the provision of ongoing financial support to businesses and workers and those most affected by the lock-down requirements.

The elimination approach has been backed by other eminent health professionals, such as former Federal Department of Health head Professor Stephen Duckett, and Professor Bill Bowtell, Adjunct Professor at the University of New South Wales and an architect of Australia’s strategy to combat AIDS in the 1980s.

It is clearly not a strategy to set and forget – it would need to be reviewed in the light of events, eg the development of a vaccine, and the progress made in other jurisdictions.

But an important lesson from the pandemic, as I have said previously, is that we need to prioritise public health and safety over GDP and the economy. This is a primary role of governments. I know there are open borders globalisers out there who don’t like governments doing anything much, and they certainly find the concept of closed borders shocking. This view is influential in the United States, and has had catastrophic consequences for that country.

People who want us to open up prematurely do Victoria and Australia a grave dis-service. Furthermore, they don’t help business either. Many small businesses have made clear that they want us to lock down as long and as hard as it takes to eliminate coronavirus, so they can get on with their lives with some hope and certainty. They are right.