This week it has been reported that the Australian biotechnology company CSL has reached an agreement with the Australian Government to supply up to 51 million doses of a University of Queensland developed coronavirus vaccine to be available from mid next year if it proves safe and effective. 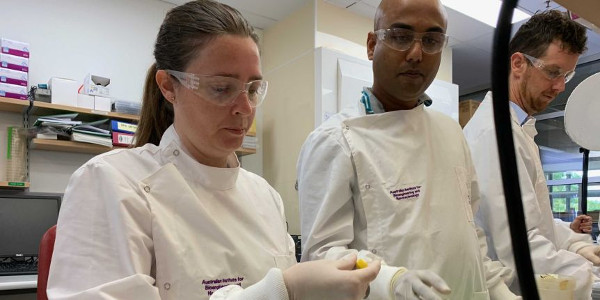 CSL has also announced the signing of a second agreement with pharmaceutical company AstraZeneca for the expected manufacture of 30 million doses of an Oxford University vaccine candidate for supply to Australia.

There is, of course, a long way to go, and success is uncertain. But whatever CSL is able to accomplish in the fight against coronavirus will simply be a continuation of its outstanding track record for over 100 years.

CSL was founded in 1916 as the Commonwealth Serum Laboratories by the Australian Government, as a government body focussed on vaccine manufacture. It started at the Walter and Eliza Hall Institute Building at the Melbourne Hospital in 1918, before moving to more permanent premises in Parkville the following year. It remains based in Melbourne.

Its achievements are legion - antivenene to counter snake bite, insulin to treat Australian diabetics, tetanus vaccine, diphtheria and whooping cough vaccine, pioneering heat treatment to protect blood and plasma products from HIV infection, and many others.

It was privatised in 1994, but it remains an outstanding Australian research and manufacturing company. Well done, pioneers!