The decision to move Indonesia’s national capital from Jakarta to the forests of Borneo was striking enough to capture global headlines. For those of us deeply troubled about the disappearance of our tropical rainforests and the beautiful and remarkable wildlife which inhabits them, it sounded ominous. 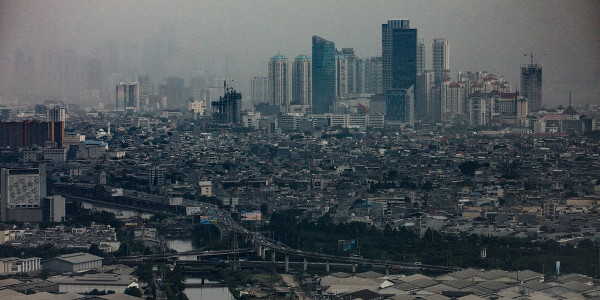 But why would you build a completely new capital city when you’ve already got one? The answer is pretty obvious. Jakarta is now dysfunctional. It is too congested for the decision makers to be able to do business there. It is sinking under its own weight.

Jakarta wasn’t always like this. People can recall it being a very attractive place to live and get around just a few decades ago. But the rapid population growth of the past few decades has completely destroyed its amenity. Better infrastructure? Better planning? No, things have got so bad that people think it’s easier to pack up and start again!

This is bad enough, but the grim reality is that many cities around the world, including my own city of Melbourne, are following the same unsustainable path as Jakarta. Melbourne is growing by almost 120,000 people each year. 327 extra people every day.

This has created inner city heat islands, suburbs with little tree cover and miles of concrete. At the very time when climate change means we need all the trees and vegetation we can possibly have, trees and vegetation on private land are being bulldozed. In the municipality where I live private tree canopy cover declined by 25% in a decade!

Water availability is increasingly an issue. Traffic congestion continues to grow, with bodies like the RACV and Infrastructure Australia saying travel times have increased and are set to increase further. Road rage, once never heard of, is commonplace.

Housing affordability has declined, and homelessness, mental health issues and social problems linked to drugs such as ice are on the rise. The standard of building construction has become an issue, with owners moving into high rise apartments that turn out to have numerous defects or even worse, to be fire traps.

Rapid population growth is turning cities like Melbourne into soulless, concrete jungles. The claim that it can all be solved with better infrastructure, or better planning, has no supporting evidence. No doubt there were lobbyists and business interests making the same claim in Jakarta.

The real answer to saving our cities is to stop thinking that bigger is better. As Jakarta demonstrates only too well, it isn’t.