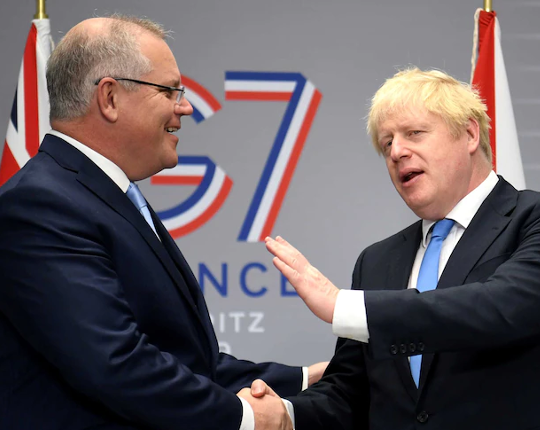 This week UK Prime Minister Boris Johnson spoke for the first time since the coronavirus pandemic to the UK Conservative Party Conference, held at Manchester.

A noteworthy component of his speech was his criticism of British employers for relying on cheap labour. He said there would be no going back to the “same old broken model” of low wages, low skills, and low productivity, which had been “enabled and assisted by uncontrolled immigration”.

He gave the example of a lack of toilet facilities in large trucks, which meant that drivers had to urinate in the bushes, deterring people from being truck drivers.

He said that the answer to present stresses and strains ‘is not to reach for that same old lever of uncontrolled immigration to keep wages low”. “The answer is to control immigration, to allow people of talent to come to this country but not to use immigration as an excuse for failure to invest in people, in skills and in the equipment, the facilities, the machinery they need to do their jobs”.

Prime Minister Johnson’s willingness to stand up to employers and advocate higher pay for workers is unfortunately not shared by his Conservative counterparts here in Australia. At the behest of employers, the Morrison Government has given temporary migrant workers and international students easier access to work rights and permanent residency. This has been shown time and time again to be a recipe for exploitation bordering on slavery.

In addition, the Morrison Government has uncapped the number of hours international students can work while studying in Australia, and given farmers a “dedicated agricultural visa”, thereby undermining the Pacific Seasonal Workers Program. Both these steps will exacerbate the “same old broken model” of low wages, low skills, and low productivity that Prime Minister Johnson has rightly rejected.

We should instead be aiming for high wages, high skills, and high productivity.