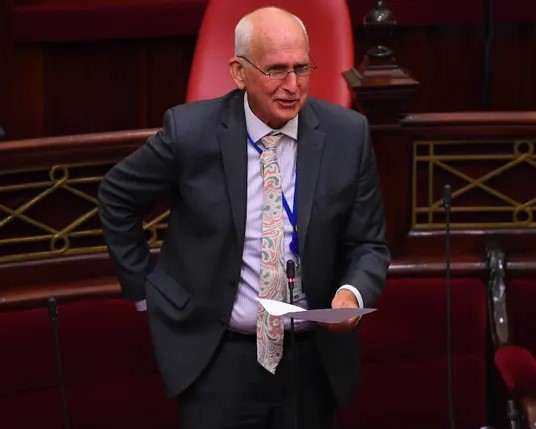 Unfortunately, Clifford Hayes was not re-elected to the Victorian Legislative Council’s Southern Metropolitan Region at the State election.

I have a bias in this matter, as I have worked for and with Clifford, but I personally believe this outcome is a great shame. Clifford was the one MP in the last Victorian Parliament who stood up to be counted on issues to do with planning and overdevelopment, and he did so regularly. He moved a Private Members Bill that would have given Councils, and therefore residents, much more say in planning issues, and would have clipped the wings of the Victorian Civil and Administrative Tribunal. This un-elected body regularly overrides Council decisions and resident views on planning applications.

He moved that Casey Council, which was shown by IBAC to have improper relationships with property developers, be dismissed. He moved that election campaign donations from property developers be banned. He initiated the Legislative Council Inquiry into the adequacy of Victoria’s Planning and Heritage Protection laws. And he raised numerous local issues, always on the side of environment protection, heritage protection, and local residents.

Overdevelopment did not feature in the Victorian election campaign. The media paid little attention to it, and the major non-government parties – The Liberals and the Greens – did nothing to make it an issue. Hopefully the issue will receive more focus in the New South Wales State Election to be held in March next year.

Clifford came to Parliament with next to nothing in the way of political baggage – obligations to campaign donors and the like. He was able to bring to the important task of scrutinising legislation and Government actions a basic decency and integrity that served Victorians well. His measured and courageous voice will be a loss to the Parliament, and will be missed.